In this guide, we will show you How to Download and Install King of Avalon for PC Windows, and Mac.

King of Avalon for PC

King of Avalon is an amazing fantasy strategy game, that is developed in a medieval world setting with castles, farms, cities, military, defense structures, and many more to keep enemies away. As a player, your major goal is to build the city into a modern one with good military strength, create farms to feed your people, and keep the city safe from foe attacks.

As you make these upgrades to the city, you also have to consider the monsters in this fantasy world who are the major challenge you will face. You can also get into alliances and play with friends for quests. You can gather resources such as wood, silver, and food from surrounding land areas you raid or by capturing villages and kingdoms. 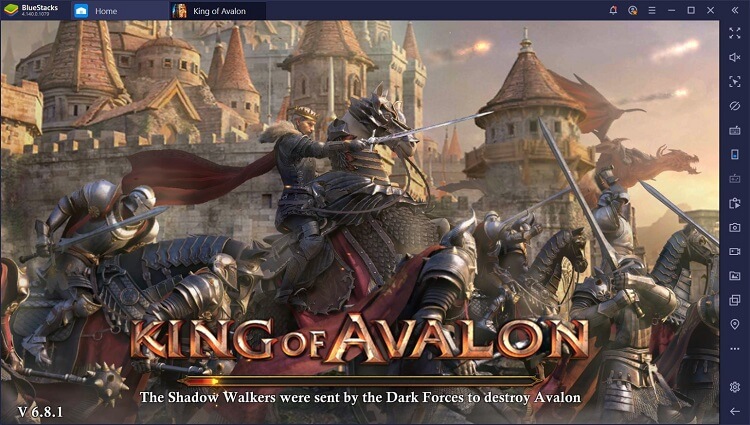 This game is originally built for Android devices but you can also install it on your computer using an emulator like BlueStacks. You can easily install it and Become the next King of Avalon by raising your dragon and building the city, while also watching your back at same time for others who are aiming for the throne.

Playing King of Avalon on your smartphone is not the same as playing it on your computer using BlueStacks. That is because BlueStacks comes with an impressive feature known as “Macros”.

Simply automates gaming commands making it easy for you as a player to do the fun part of fighting while BlueStacks handles building the city, upgrades, harvests, assembling soldiers and so on for you. Macros are the most effective and efficient features that allow you to play and enjoy strategy games like Rise of Kingdoms and King of Avalon in automatic modes. You can set this feature up by yourself or by downloading Macro files online for executing the following:

1. Automatic Login When BlueStacks is Launched

This type of Macro setting allows you to launch King of Avalon once BlueStacks is opened automatically. You can also set the macro to harvest all resources automatically before passing over control to you. 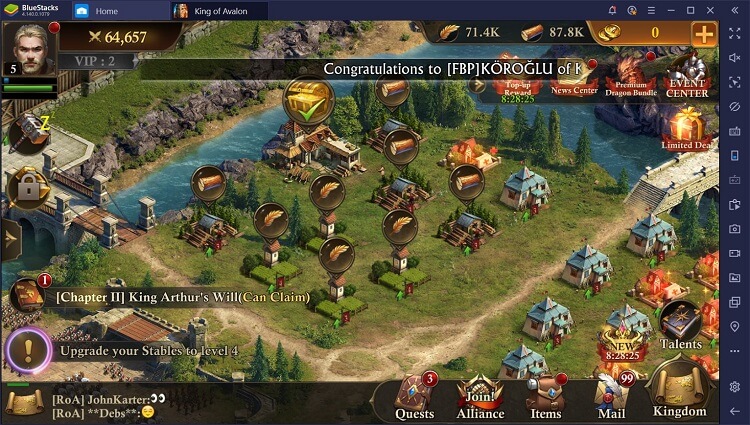 In order to create your macro settings for this game, you need to follow these steps exactly: 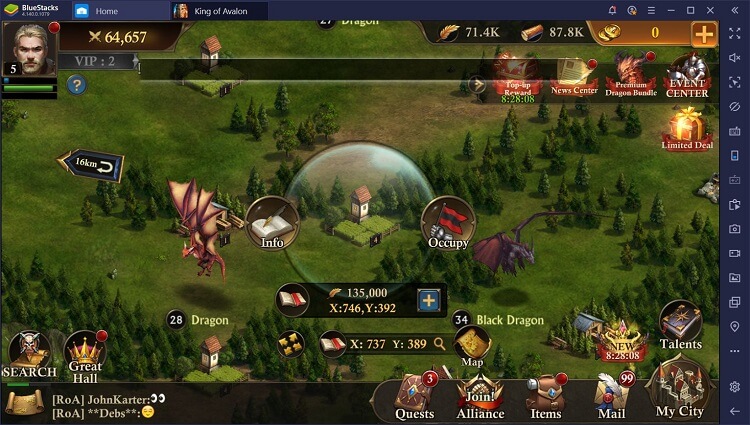 Here this type of macro helps you to automatically send out troops to gather all resources and also go to war.

3. Attack Monsters on Your Map

This macro setting enables you to automatically attack areas where your enemies and monsters are. 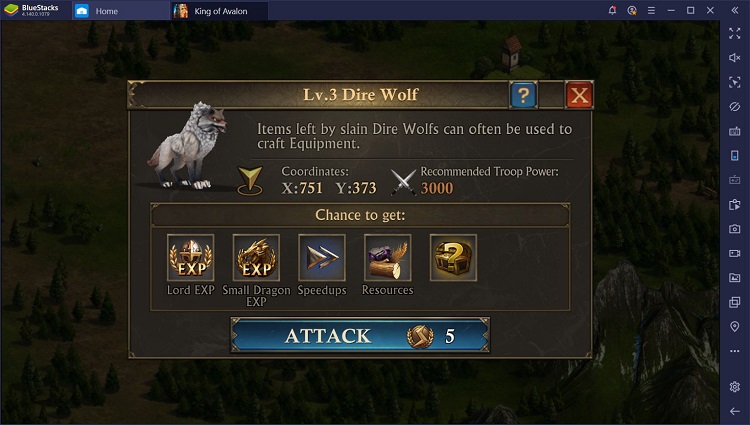 You can set it up using the following steps.

How to Install King of Avalon on PC using Bluestacks

King of Avalon can be used on your PC using BlueStacks app player. Below are the steps to follow:

Why is the game slow?

If you experience slow performance it could be as a result of the following; your computer resolution settings.

Can King of Avalon: Dragon Warfare work on my PC?

Yes, you can play King of Avalon on your PC (Windows or Mac) using BlueStacks emulator which enables your computer to run android apps.

Can I Play King of Avalon: Dragon Warfare with others Online?

Yes, this is a multiplayer game you can play with other gamers around the world.

Is King of Avalon: Dragon Warfare a Free or Paid App?

This game is free to download and install as well.

Is the storyline in any way related to King Arthur?

Yes, it was designed bearing in mind King Artur’s ancient golden era including its scenes and troops.

King of Avalon: Dragon Warfare is a strategy game about the ancient times of King Arthur and his rule which you have been bestowed upon you to carry out. Your dragon holds a key role in your emergence as the one true king in the kingdom. So, if you have been playing this game for a while on your android smartphone, now is the time to explore it on a wider screen with better gaming controls and auto-actions on your computer using BlueStacks emulator. This game is just so cool with so many amazing features at your disposal. Get this emulator today and install your favorite games such as PUBG, Garena RoV, and Pixel Gun 3D, you won’t regret it! Please share this post with others and follow our page for more updates.